The N Crowd is Back! 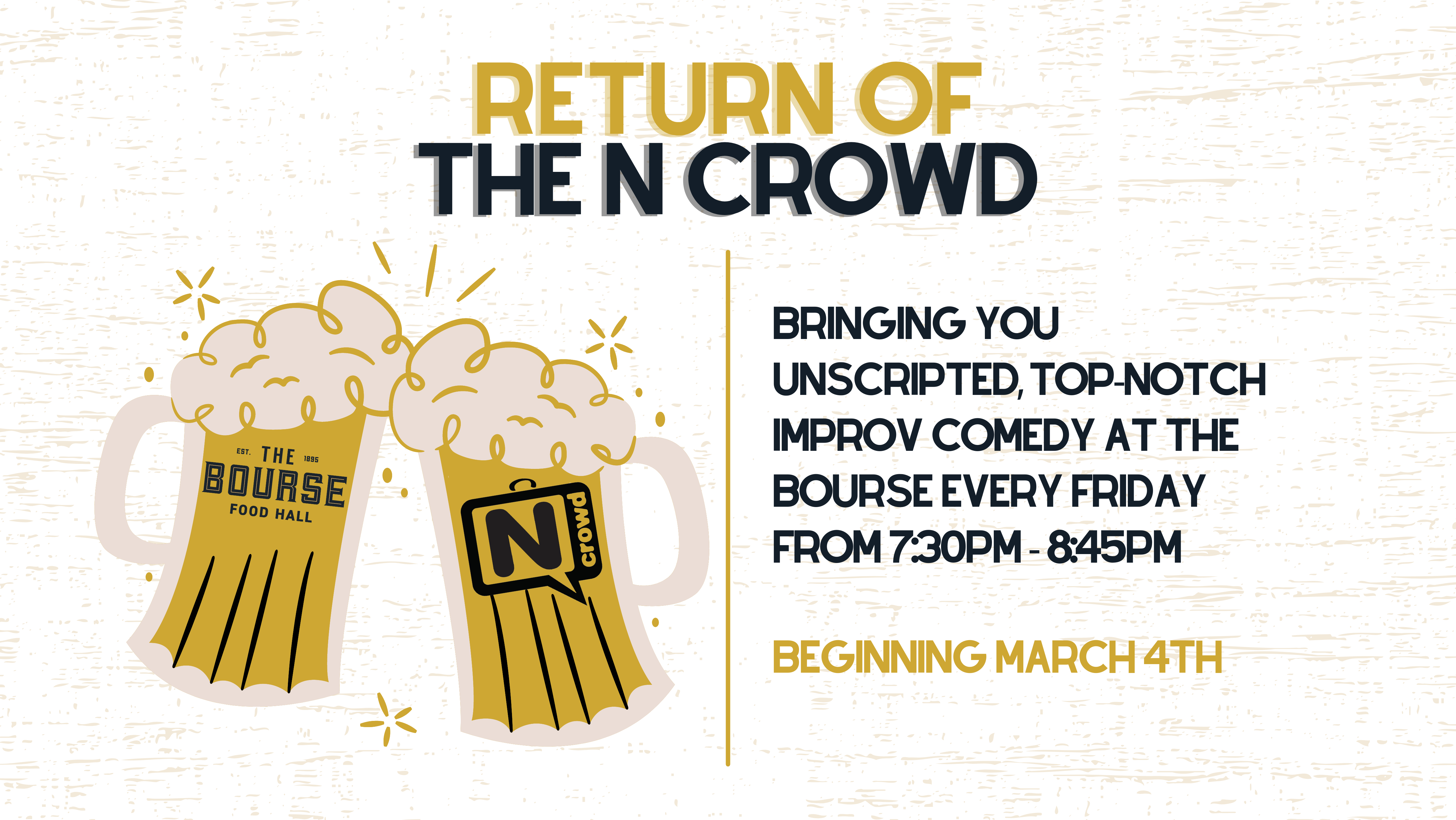 N Crowd is back in Old City!

What is improv comedy?

It is entirely unscripted, and no two shows are ever the same. With over a dozen members in our troupe, you’ll never see the same collection of performers twice. We take audience suggestions and craft a scene around it using well known improv games and games we’ve developed over the years. You are an as crucial part of the show as the entire improv comedy troupe! We are one of the longest-running Philly Comedy shows for a reason. Come out to one of our improv comedy shows this Friday and share a laugh with us! The Philadelphia Style Magazine once described our show as “Philadelphia’s premiere improv troupe.”

The N Crowd performs short-form improv comedy, which much like the improvisational comedy you would see on Whose Line Is It Anyway. While other shows may have gimmicks or themes, we are just here to perform for you. You get the most bang for your buck at our improv show in Philadelphia.

City of Brotherly and Sisterly Love!