Nerd Nite – May the 4th Be With You 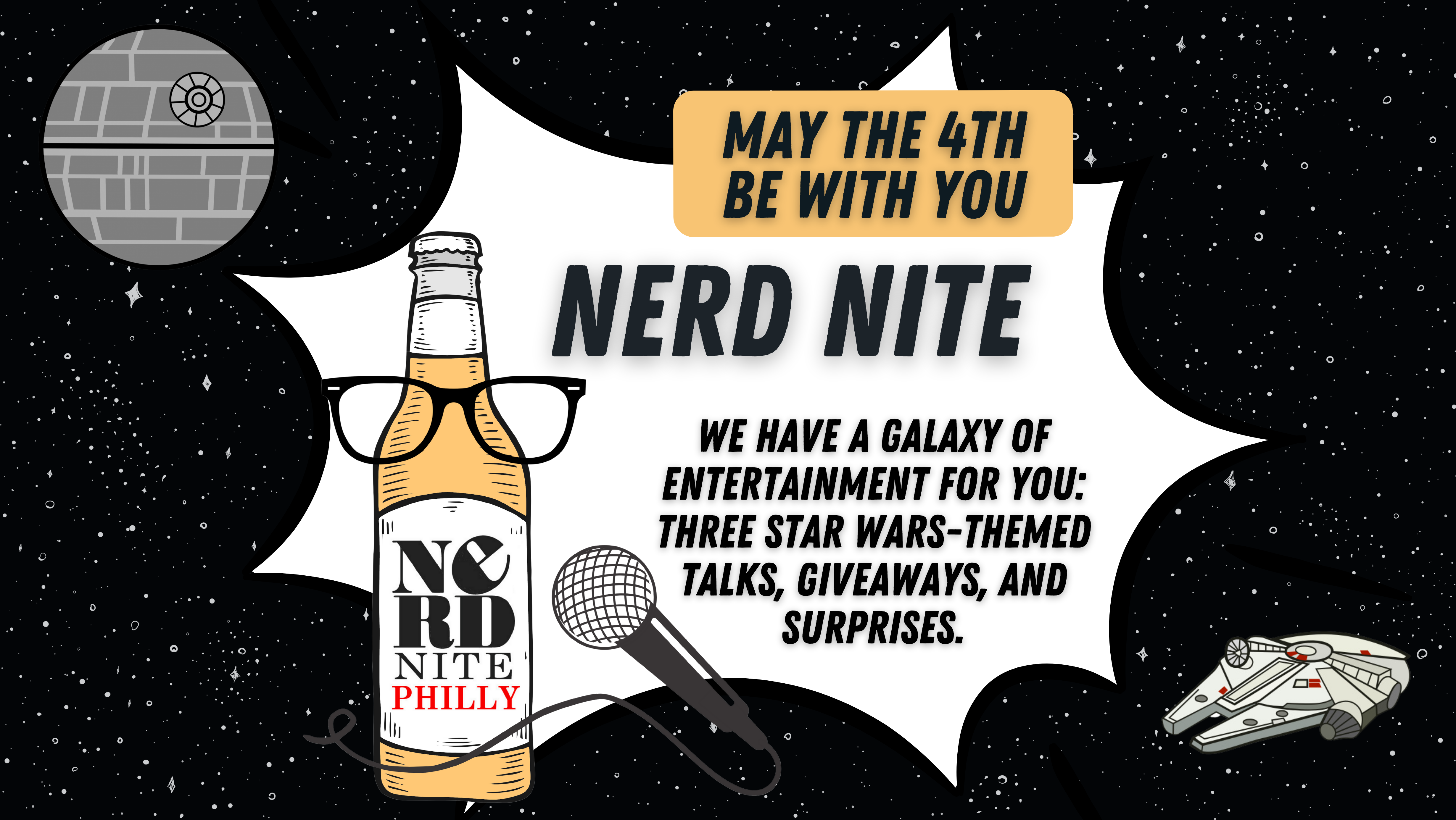 The Force with be with the Bourse as we bring you three Star Wars related talks:

If you are a fan of Star Wars and Intergenerational Legacies, then the Star Wars Skywalker Genogram will surely impress you. The Skywalker Genogram is a visual representation (think of it as an in-depth Family Tree) that analyzes the Skywalker Family across several generations. We will delve into information about major life events, explore relationships between family members, and uncover motivations and subconscious patterns that repeat throughout history. In this talk, we explore the themes of the Jedi Academy, the “Heroes Journey” and the role of love, attachment and the Dark Side. Together, we discover how these themes are reflected throughout the Star Wars Universe – from the Star Wars Trilogy to the Mandalorian and Boba Fett series.

BIO: Charmaine Ensinger LMFT (she/her) is a licensed Marriage and Family Therapist that specializes in Sex and Couples therapy. She teaches the Intersystems Model at Thomas Jefferson University, which explores how individuals, couples, and family systems are functioning in their relationships with themselves and others. Nerd Nite gives her the opportunity to blend her love of Star Wars and Intersystems theory into a fun and informative presentation, perfect for May the 4th!

Kevin M. Gallagher, Jr., “Star Wars: The Future is on the Small Screen”

Star Wars has been the talk of pop culture for nearly 45 years. For the general audience, and maybe even some die-hard fans, that has meant on the big screen. It has touched on several generations of fans by giving us a trilogy’s worth of story every 15-20 years. During this talk, Kevin Gallagher will discuss why the future of Star Wars should be, and to a degree already is, on the small screen.

BIO: Kev is an uber Kevin Smith fan (all Smith’s movies are worth a watch, even Yoga Hosers) who has cried during Kermit’s monologue in The Muppets and once owned two VHS copies Spice World. He loves all pop culture, particularly the Berlantiverse (because Arrow hasn’t been the face of those CW shows for years), the MCU, and Star Wars. The Evil Dead franchise is his favorite horror franchise, though the original Scream is his favorite scary movie. He bleeds Eagle’s green in the (suburbs of the) greatest city on Earth, Philadelphia. Go Birds! Most importantly, Kev is a father to three wonderful children (who seemingly want nothing to do with any of his favorite pop culture fandoms).

Plus, Star Wars comic artist Andrew Lee Griffith will give a talk on how much of the success of Star Wars can be attributed to the art and design work of Ralph McQuarrie.

All this plus special Star Wars trivia and giveaways!

It all happens on Wednesday, May 4th at the Bourse! 111 S Independence Mall E, Philadelphia, PA 19106

Be there and be square…and May the Fourth be with you!