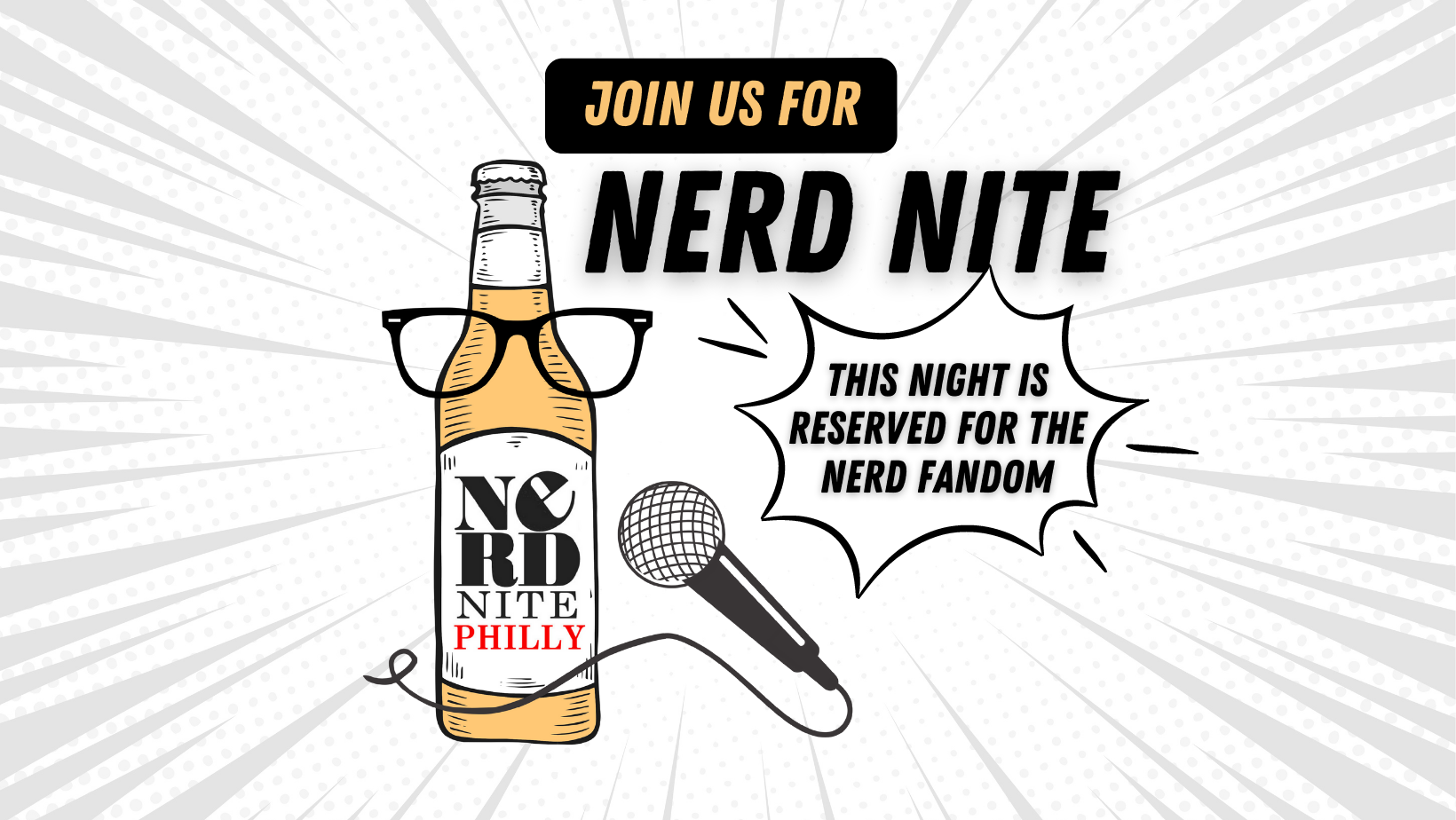 Nerd Nite for the W: Weather, Words, and Well Ayyyy, It’s the Fonz!

Join us on June 1st for these three great talks:

The definition of nerd needs a refresher. When you google nerd you get this definition: “a foolish or contemptible person who lacks social skills or is boringly studious.” Clearly, whoever wrote that is not a nerd. We all know that nerding out is an extremely positive experience in our lives. In this talk, we will examine the facets of being a nerd and how being a nerd is actually…a superpower! We’ll also generate a new and improved definition for nerd.

Denise is a child at heart. Board games, jigsaw puzzles, and stuffed animals still have prominence in her life. She also loves to play outside and just about anything goes…snowboarding, kayaking, and hiking are a few faves. But most of all, she loves to learn – she’s a nerd about learning and education. Writing her dissertation was so much fun she actually put a smiley face at the end! New skills are fun to learn too, so she recently took an aerial circus class. Flipping around and going upside down made her feel like a kid on the juggle gym! One of her greatest challenges is learning how to parent. But she has a great husband to learn with and her two kids seem to be turning out just fine.

The current APS Museum exhibition is Becoming Weatherwise: A History of Climate Science in America. But what does that even mean? This talk from Mike Madeja, Head of Education Programs at the APS, will breeze through the answer (get it?). From Thomas Jefferson and Alexander von Humboldt to high school students today, buckle up for a whirlwind of stories and objects that’ll help you become weatherwise.

Michael Madeja is the Head of Education Programs at the APS Library & Museum. Prior to joining the Museum team in 2015, Mike filled education and visitor services roles at a variety of institutions such as Ford’s Theatre, the National Air and Space Museum, and the Philadelphia Zoo. Mike holds an M.A.T. in Museum Education from the George Washington University and a B.A. in Biological Anthropology from Temple University.

The Perfectamundo World of The Fonz

Ayyy! In the late-1970s and early ’80s, The Fonz was the coolest being on Earth. But how did Henry Winkler’s portrayal of Milwaukee’s greatest greaser become such a pop culture touchstone? In this talk, Chris Cummins will explore the how, when, and why of how a Happy Days supporting character eventually dominated the show, discuss the merchandising bonanza he spawned (including two cartoon spin-offs) and generally talk about a brief but magical time in history when the Fonz was everything.

Nerd Nite Philly co-boss Chris Cummins is a regular contributor to Den of Geek, is the producer and host of the events Sci-Fi Explosion and Music Video Book Club, and is an Archie Comics historian.

It all happens on Wednesday, June 1st at the Bourse!